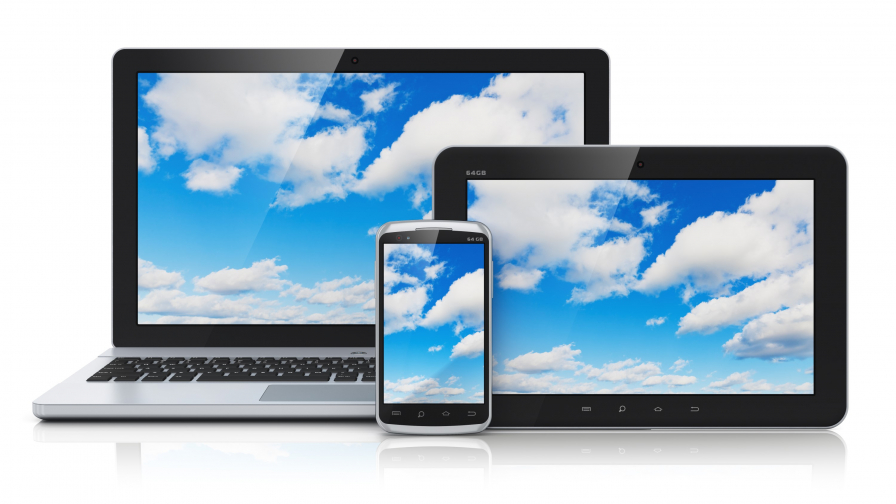 Last August I wrote about the coming of Cloud PCs in Cloud PCs: Get Ready to Subscribe Your Next PC. All the facts and benefits I presented there are still true, maybe even more so now. While it may not be visible to most small businesses and consumers, those of us with our ears on the rails can hear the rumble of the train coming. Already, over 40% of the computing workloads are in the cloud now. While being led by large organizations, the effects, and the benefits, are soon to be seen by everyone. The cloud may have started with servers and storage; but the desktop is being pulled in now too.

Of course, this hasn’t happened overnight. Centralized computing actually started out with people getting “terminal sessions” to IBM mainframes. However, it quickly became decentralized with the advent of the personal computer in the 80s. In ‘97, with Microsoft NT 4.0, Microsoft reintroduced centralized computing with terminal services, where people could use their PCs to log into a central shared server via a process known as Remote Desktop Protocol, or RDP.

The benefits of centralized computing could be extraordinary. When centralized computing is done right, our own experience at SpotLink aligns with industry estimates: a company can reduce administration labor by up to 60%, and overall IT costs by as much as 80%. However, executing to achieve these levels of savings does require skill, discipline and constant vigilance to make sure the systems stay in good operating conditions as a central outage can cause an outage of a large portion (e.g. all) of the company’s workforce. Many smaller IT groups sometimes just don’t have the skills or dedication to pull this off. And granted, when done poorly, the results can be disastrous for an organization, and force a recoil to standalone computing again.

For those organizations that are committed to these types of cost savings, there has been a steady and increasing move back towards centralized computing, typically now in the form of cloud computing. Not surprisingly, this has spurred increasingly effective ways to enable centralized computing. In 2007, PC over IP, or PCoIP, allowed more features with graphics and peripherals. In recent years, as the growth has exploded, so have the innovations. Citrix enhanced the experience with their add-on capabilities, Amazon Web Services (AWS) released Amazon Workspaces as a remote desktop offering, and Microsoft recently released Virtual Windows Desktop, the first truly multi-user Windows 10 platform.

With these, instead of an IT department having to deal with, say, 100 desktops located throughout the company’s location or locations, they just have to focus on a single or small number of central servers. No more trips to deal with an infected standalone PC, or upgrade the hardware, or swap out with a new PC every 3 to 5 years. Instead, each user gets a small connectivity device called a “thin client” that costs around $300 and will last for about 6 years (i.e. less than 14 cents per day).

With the advent of Amazon Workspaces and Microsoft Virtual Windows Desktop, this is now more cost effective than ever. This is the coming wave. This is the future. And with it, the need to buy individual computers for small businesses, and even individuals, will become a thing of the past.

SpotLink, with its Kloudation (www.kloudation.com) product, is in the forefront of providing centralized computing to customers as small as 2 desktops, to those with 200 desktops. Have questions? Give us a call at (877) KloudIT (877-566-8348).